This page will help you in this area.

There is a Self-Acceptance Prayer

And we have a devotional page on this topic.

with a lack of Self-Acceptance.

Poor self-image is an epidemic in our nation

and in the world.

is stealing the happiness of multitudes of people.

Many people believe that it is honorable and

admirable to cultivate a low self-concept.

having a good self-image is a synonym

for being self-absorbed or arrogant.

I submit to you

that being arrogant lands you into one ditch

and having a low self-concept lands you into

Neither ditch is healthy.

We all have a desire for self-acceptance.

Self-Acceptance is a gift that we give ourselves.

will shed light on this important subject.

Then view our listing of other self-acceptance resources.

Early in the history of T.V. there was a variety show

It was called a variety show because a variety of

came on the show to display their talents.

I don’t remember much about it except for the people who could spin plates. I looked forward to seeing the shows that included plate-spinners. (See the Youtube video further down the page.)

The talent involved a person surrounded by a circle of tall, slender poles, approximately six-feet high, placed about three feet from each other.

The spinner placed a dinner plate on a pole and used his hand to start the plate spinning. Then he went to the next pole and did the same thing.

As he worked his way around the circle, he had to be aware of the plates that were slowing down. If he did not revisit those plates and speed up their revolutions, they would crash to the floor. He could never lose his awareness of all of the plates.

as I felt the urgency

of the spinner’s route.

I yelled as I watched.

The most thrilling part involved cheering for a fast-paced spinner as he rescued a wobbling plate about to fall.

Even though each spinner was a professional spinner (as evidenced by being on the Ed Sullivan show), some demonstrations of speed and skill were interrupted by one or two crashes. My heart sank when I heard a CRASH. Generally, the crash came from the spinner having his back toward a plate wobbling toward destruction.

I felt sad for those poor souls

who had to live through a crash

As I became an adult,

I was surprised to learn that

but now they were happening in MY life.

Those plate spinning demonstrations are still alive and well in my life.

Regularly, my life is interrupted by a

My heart sinks every time it happens.

Generally, the crash comes from me having my back toward a situational plate that is wobbling toward destruction.

forgetfulness, lack of wisdom, or lack of awareness.

when I see the potential and just neglect

Every crash is an opportunity for me to berate myself and add fuel to an unholy fire of self-condemnation – the flames of which can quickly spread out-of-control.

Sometimes my friends experience a CRASH.

When I watch a close friend experience a CRASH, my heart’s response is soft and compassionate.

Yet when a CRASH interrupts my life,
I am tempted to judge harshly and react coldly.

The truth is that I need compassion just as much as my friend does.

And God has taught me to give myself

is a blessing that we give ourselves. 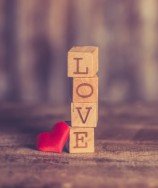 Prayer for Self Acceptance

Please join me in a

Your Word tells me that you love me.

Your Word tells me that you go before me and you follow me.

Your Word tells me that you place your hand of blessing on my head.

Your Word tells me that you accept me.

But I haven't accepted myself.

I rarely allow myself to receive compliments and encouragement.

I rarely see the best in me.

I often focus on my weaknesses.

I repeatedly replay my failures in my mind.

Father, teach me to give grace

are similar to what I saw on the

The difference is that these people

seem to be doing more of a comedy display,

while the people I saw

when I was young

about trying to get all their plates spinning.

And when I was young,

the plates were placed in a large circle.

"O Lord, you have examined my heart

and know everything about me.

You know when I sit down or stand up.

You know my thoughts

even when I'm far away.

You see me when I travel

I rest at home.

You know everything I do.

You know what I am going to say

even before I say it, Lord.

You place your hand of blessing on my head.

Such knowledge is too wonderful for me,

too great for me to understand!"

Other pages to help you

We at Inspirational Prayers

invite you to visit other pages

that will increase your self-acceptance.

Quick jump to the top of Self-Acceptance