A Monday through Friday Devotional

This week the topic is:

Please join me this week,

as we surround ourselves with God's Protection given in Psalm 91.

Psalm 91 is one of the most beloved of the psalms.

Praise the Lord for this wonderful Psalm.

Each day this week, we urge you to

listen to Psalm 91 being read. 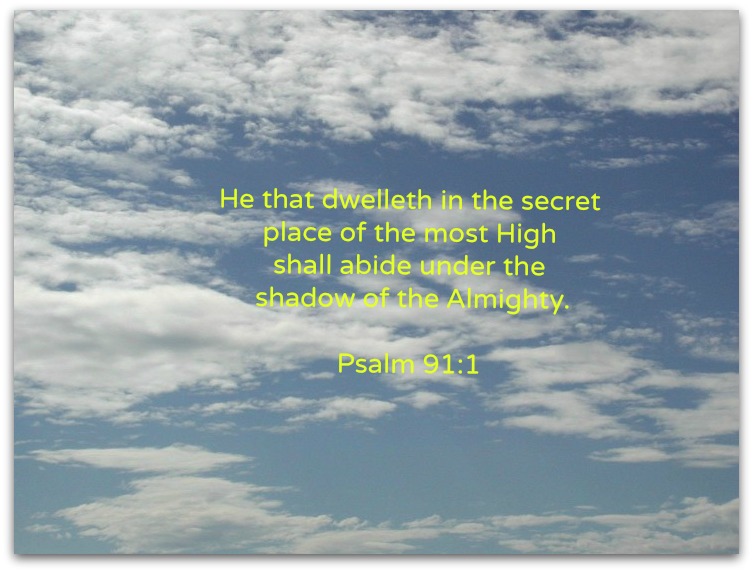 in the secret place of the most High

shall abide under the shadow of the Almighty.

Thank you, Lord, for your protection.

The Word of God

This page was created with the intent

to combat the fear

because of the strange things that are happening.

the reports of severe weather and strange plagues

around the world are causing distress.

The Answer to fear is God.

One of the specific answers God gives to combat fear is

God is our Strength

Here are videos with news

We are encountering the Coronavirus.

Countries are shutting down.

But God is our anchor in the storm.

November 2019 it is reported that in China they have 250 million dead pigs due to an outbreak.

Oct. 2019, millions of dead mussels are found in Cheynes Beach Australia and millions are found in various coastal locations around the United States.

Flooding in the U.S.

and in the food supply later.

These are from August / September 2019

when I first posted this page.

Many people are fearful about the plagues

discussed on the news.

I live in the United States

Florida is giving warnings to beach goers of a "flesh-eating" bacteria.

Colorado is reporting a pneumonia plague.

Federal health officials say that on average, seven cases are reported in the U.S. each year.

Multiple states in the U.S. are reporting plagues coming from mosquitoes.

Obviously many of you live in a country other than the U.S. and you are facing plagues as well.

The world (including the U.S.)

are fighting many plagues:

Also other plagues - some not new - such as:

Many of you have noticed that we are having bizarre weather patterns and events on the earth.

In the United States, we are experiencing many strange things such as multiple sinkholes, strange dust storms, twin tornadoes, and melting roads.

Sinkhole in Kentucky swallows 8 corvettes in the National Corvette Museum

California state of emergency for fires

No matter what we face...

Psalm 91 is always a good psalm to pray
for yourself and your children
no matter what specifically is going on in your world.

When we hear of distressing news,
we can turn our attention
to God and read Psalm 91.

read and meditate on Scripture,

Jump to the top of Psalm 91