David and the first temple of God.

I will also emphasize facts about the

and the plans for Building the Third Temple.

All our Psalm pages are unique.

is included in a group of psalms

that the Jews call the

the Psalms of Ascent

is a good presentation of

Yes, as the video pointed out -

today God lives inside us

we have repented and put our trust in Jesus as Savior and Lord.

we are the temple of God...

Do you not know
that you are the temple of God
and that the Spirit of God dwells in you?

And note that there are many Jews today

who have recognized Jesus as Messiah

and who have repented and received Jesus as their Messiah.

God lives in those Messianic Jews.

there are many Jews in Israel who have not recognized

and are planning on building a New Temple.

I will give you information about...

1. A quick history of the First and Second Temple

2. A quick update on the preparations

3. What the Bible says will happen in the Third Temple 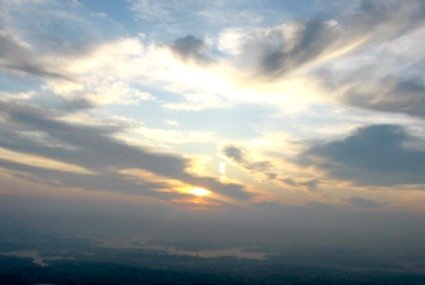 that is going to be Built.

It will be called

A very quick History of the first and second
Jewish Temples

David wanted to built the first temple because he loved God.

Solomon speaks about building the temple in 1 Kings 5:5.

(God did allow David to do some preparation for the temple.)

In 538 B.C. Cyrus of Persia issued an order allowing exiled Jews to

return to Jerusalem and rebuild the temple.

The book of Ezra

contains all the facts concerning the temple’s restoration.

The work on the second temple was completed around 515 B.C.

Cyrus was gone and Darius was reigning in Persia at that time.

So the second Jewish temple was built.

It is sometimes called Herod's temple.

That temple was standing

when Jesus walked the earth.

That temple was destroyed by the Romans in 70 A.D.

Both temples were destroyed

on the same Jewish calendar day -

The Jewish people are

preparing to build a third temple.

A couple of days ago, I saw this news story...

singing during the third temple services

I saw this news story...

Reenactment of the water libation..

You can see lots about the progress for the temple here...

As you scroll down the page, you will see stories about

stories about the weavers who are creating the

Here are some frequently asked questions:

Here is another one of the temple institute pages.

See below for information found on this page...

The major focus of the Institute

is its efforts towards the beginning of the

actual rebuilding of the Holy Temple.

Towards this end, the Institute has begun to restore and construct the sacred vessels for the service of the Holy Temple.

These vessels, which God commanded Israel to create,
can be seen today at our exhibition in Jerusalem's Old City Jewish Quarter.

They are made according to the exact specifications of the Bible, and have been constructed from the original source materials, such as gold, copper, silver and wood.

These are authentic, accurate vessels, not merely replicas or models.

All of these items are fit and ready

for use in the service of the

There are more interesting pieces of information on that page.

tells us that a

Third Temple will be built in Jerusalem.

And the "man of sin" also called "the anti-christ"

(there are many names for the anti-christ)

will sit in the temple

and falsely say he is "God."

Now, brethren, concerning the coming of our Lord Jesus Christ and our gathering together to Him, we ask you, 2 not to be soon shaken in mind or troubled, either by spirit or by word or by letter, as if from us, as though the day of [a]Christ had come. 3 Let no one deceive you by any means; for that Day will not come unless the falling away comes first, and the man of ]sin is revealed, the son of perdition, 4 who opposes and exalts himself above all that is called God or that is worshiped, so that he sits as God in the temple of God, showing himself that he is God.

5 Do you not remember that when I was still with you I told you these things? 6 And now you know what is restraining, that he may be revealed in his own time. 7 For the [mystery of lawlessness is already at work; only [e]He who now restrains will do so until He is taken out of the way. 8 And then the lawless one will be revealed, whom the Lord will consume with the breath of His mouth and destroy with the brightness of His coming. 9 The coming of the lawless one is according to the working of Satan, with all power, signs, and lying wonders, 10 and with all unrighteous deception among those who perish, because they did not receive the love of the truth, that they might be saved. 11 And for this reason God will send them strong delusion, that they should believe the lie, 12 that they all may be condemned who did not believe the truth but had pleasure in unrighteousness.

speak of this anti-christ event.

“So when you see the ‘abomination of desolation,’ spoken of by Daniel the prophet, standing where it ought not” (let the reader understand), “then let those who are in Judea flee to the mountains."
Mark 13:14 NKJV 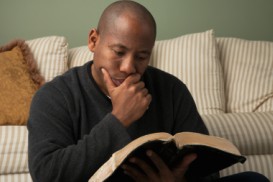 During (or right before) The Tribulation,

the temple will be rebuilt.

The Jews in the Holy land will be happy.

They will - not - recognize
that the man
(who I will call the "anti-christ")
is bad.

The Jews will think he is good.

But when he sits in the temple and calls himself "God" they will realize that he is wicked.

They will realize that the armies surrounding Israel are for their destruction.

The Bible says that
when these Jews see this happen,
they are to
run to the mountains.
(Luke 21:20-21)

are reaching out to tell Jews in Israel about this

upcoming event so that they will recognize it when it happens and RUN.

God will protect those who flee to the mountains.

God will supernaturally protect them when they get there.

God is telling them to go to Petra.

There have been Christians who have hidden
New Testament Bibles
in Petra
for the Jews to find and read.

Also some Christians have left some supplies for them.

When the anti-christ
goes into the third temple and says that he is "God"
the scriptures
call it the
"abomination of desolation."

The Jews in the Holy land are instructed
in Luke 20:21
to flee
when they see this happen.

The term "abomination of desolation"
is also referred to in

In the Old Testament the Jews also had an "abomination of desolation" experience.

It was when
Antiochus Epiphanes
who was a Greek King
persecuted the Jews
and rendered their temple unclean
in various ways
including
sacrificing a pig (an unclean animal)
on the altar in the temple.

The Jewish History Book - 1 Maccabees talks about this event.

In The Tribulation,
when the Jews who hear that
the anti-christ has
gone into the temple and called himself "God"
many of them will remember Antiochus Epiphanes.

Anyone who does not escape to the mountains,

And just as when Moses and the children of Israel escaped Egypt and some Egyptians came with them, I would say that God would allow any Gentile who runs with the Jews to be saved.

What about the Gentiles in other areas of the world?

The Bible is not totally clear.

But I believe the Bible is telling us that if you have repented of your sins and Jesus is LORD of your life then you will be raptured. There are many verses about this event, but I will highlight only one set of verses.

Jesus told the believers in the Philadelphia church that because you have kept my word and have not denied my name - you will be kept from the trial that will come upon the whole world.

I believe that group of verses is describing the Rapture.

One thing is very clear in the Bible...

NEVER take the mark of the beast.

It is the only sin that you cannot repent of.

See our pages on the Rapture and on The Mark of the Beast.