This is an important topic

to understand and be ready to share with others.

Here is general page on the end of days -  here

Here is a page about the rapture - here

- Taking the Mark of the Beast -

is the only sin

that God will not forgive.

God forgives any sin that you sincerely ask him

for forgiveness - except taking the Mark.

God will not forgive the sin of

taking the Mark of the Beast.

Those people will go to hell after they die. 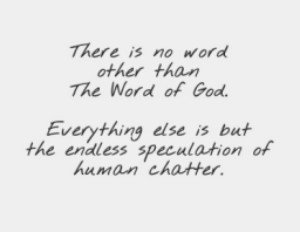 At some point in history

- hopefully after the rapture -

there will come a time

when people will be forced to take a

mark in or on their hand or forehead.

The Hebrew word is not clear if it is in or on.

The Bible calls this mark,

“The Mark of the Beast.”

If a person obeys God and

does NOT take the Mark -

he or she will NOT be able to buy or sell.

(That person will have to trust God for everything.)

And he (whoever this wicked one is) causeth all, both small and great, rich and poor, free and bond,
to receive a
mark in their right hand, or in their foreheads:

And that no man might buy or sell, save he that had the mark, or the name of the beast, or the number of his name.

At some point, those who refuse to take the

Mark of the Beast

Most of all of them will be beheaded.

And I saw thrones, and they sat upon them, and judgment was given unto them: and I saw the souls of them that were beheaded for the witness of Jesus, and for the word of God, and which had not worshipped the beast, neither his image, neither had received his mark upon their foreheads, or in their hands; and they lived and reigned with Christ a thousand years.

Below explains the eternal punishment

for those who take the Mark of the Beast.

9 Then another angel, a third, followed them, saying with a mighty voice, Whoever pays homage to the beast and his statue and permits the [beast’s] stamp (mark, inscription) to be put on his forehead or on his hand, he too shall [have to] drink of the wine of God’s indignation and wrath, poured undiluted into the cup of His anger; and he shall be tormented with fire and brimstone in the presence of the holy angels and in the presence of the Lamb.

And the smoke of their torment ascends forever and ever; and they have no respite (no pause, no intermission, no rest, no peace) day or night—these who pay homage to the beast and to his image and whoever receives the stamp of his name upon him.

Note that at some point,
there will be an earthly punishment
for all who take the Mark of the Beast.

The first [angel] went and poured out
his bowl on the earth, and severely painful sores
broke out on the people
who had the mark of the beast
and who worshiped its image.

Above was what the Bible says about

The Mark of the Beast.

Below are my thoughts.

I urge you to do your own research

and come to your own conclusions

about this very important topic.

The mark will become mandatory,

but it may not start out that way.

It may start out as being popular,

or it may be presented as

coming with some technology that will

make things so convenient or so medically helpful

that people will want it.

being given in Sweden

that is put in the hand

THIS is a good example

of a marking of the hand

that you should not get.

Mark of the Beast.

Consider that Sweden has started putting a chip in people to hold their vaccine status.

Vaccine passports in a chip.

This RFID chip is being advertised for medical uses.

When the mark of the beast becomes mandatory,

you will not be able

to buy or sell without the mark.

It will then also be associated with worshipping the beast.

(We are not sure who or what the beast will be.)

Will the mark be ON the skin or UNDER the skin?

The Hebrew word could be translated

The Bible only tells us that

it will be something

I have heard that they are working on a tattoo

that could do anything an RFID chip could do.

it could be something under the skin.

An RFID chip would be an example of a mark under the skin.

The Bible isn’t clear exactly what kind of mark it will be.

It may be a visible mark

it may be a mark that can be seen only with

certain technology or under black light.

The Bible does not give a lot of information for us.

We should take very seriously

what the Bible does tell us.

The Bible is warning us For Our Protection.

Below is a collection of cartoons

to the Mark of the Beast.

This is an example of a way that the

Mark of the Beast

could be marketed to get people wanting it.

there was discussion in the United States

about a "chip" put inside our bodies

that would track people.

The video below shows

about the implant CHIP

Please be very cautious and prayerful

about putting an RFID

chip in yourself in any location

of your body for ANY reason.

There may be harmful medical side effects and they

Video link below is on hacking.

"Hacking can be child's play"

Why won't God forgive the Mark?

No one knows the answer; however,

this section has some things to consider.

may actually change our DNA.

Some people say that if it does change our DNA

then that could answer the question of

why God will not forgive a person

after taking the mark of the beast.

Changing our DNA is an important subject to

consider in light of the mark of the beast

in light of other dangers

it may bring to a human body.

Scientists now have the technology to

but should we tamper with our DNA?

Below is a section on what they can do

IF they should do it.

Scientists have been tampering with DNA

in plants, animals, and even humans.

Most foods sold in grocery stores are

which stands for a genetically modified organism.

which is food the way God made it.

Many people question whether

GMO food is good for our bodies.

I have had health problems from GMO food.

Scientists have already done a lot of work

with the science of genetically changing the DNA

What could possibly go wrong?

Spider genetically merged with a goat

animals that are part human.

Many scientists and "health experts" are

for our acceptance of

the technology they have

The mark of the beast may have programming that

will ultimately change your DNA.

The capability to change our DNA

could be placed in an

RFID chip or a

tattoo on the skin

(which could relate to the Mark of the Beast).

The capability to change our DNA

could be put inside people

through technology that people swallow

or that health professionals inject...

or technology that individuals get from a doctor

and then somehow inject in themselves.

There is talk of a band-aid type injection transmission instrument with lots of tiny needles on the "band-aid".

This area of science,

"Fix" is another word for "Change."

Question to consider: What could go wrong?

The Nanobot video below has no sound and

it is more than ten years old.

Most of the videos and links on here are showing old technology. Scientists are far ahead of what is easy to find out about.

video with more information about

There are many areas that one could study about

This is where humans will technically be
part human and part machine.

Take note that the word "hybrid" is being used

a lot in all kinds of contexts in our society.

Many scientists are pushing for Transhumanism.

can be made to sound great....

but it could be very dangerous

and it could be involved

Mark of the Beast.

Richard Seed is mentioned in the video above.

"We are going to become gods."

You can see him say that

in the video below.

Here is the quote above with a couple of extra sentences... https://youtu.be/-iHZbT_Nzow

Note in Genesis 3:5, the serpent told Eve that she could "Become like God."

Below is a Christian video that

It ends with giving us the dangers of this technology.

This video reminds us that

we should not just take someone's views

without investigating and analyzing

Cloning is not genetically modifying

but it is using technology to try to create new humans.

I am including the video below

to show you the kinds of

technology that is being pursued.

to be connected to the internet.

That is a concern that I will not elaborate on.

Scientists are working to have the ability to modify

the RNA duplicating system of our body so that new

DNA that is produced in the body will be the

Scientists are already working on vaccines that

That could be very dangerous to us.

I urge you to do research on any covid-19 vaccine

but also because it is not being tested properly, our

media is not reporting the whole story on advances,

and all vaccines have a lot of concerning side effects.

Here are some voices

that are being silenced by those who control media.

News Flash - You don't have to be a male or a female.

The courts just ruled that you can be legally

neither male or female:

You can have three parent babies -

The Bible is totally clear that if you take The Mark

you can NEVER go to heaven.

God told us to read our Bible,

and he gave us a clear warning about this in the Bible.

If you accept the mark, you will pay the consequences. This is serious stuff.

It could be a tattoo mark that has technology or a special symbol.

Plan to stay away from questionable things from now on.

Anyone thinking about getting a tattoo should read Leviticus 19:28 that says not to put marks on yourself and most versions say tattoo marks. After reading that, shouldn't we be staying away from tattoo marks?

Now is the Time to Research

Now is the time to research this and make your decisions - not later when you may not have much time to think.

People often make unwise decisions when they are under peer pressure or when being exposed to an expert salesperson.

I urge you to think about

our world has changed.

So, spend some time

thinking about these things

before you have to make a decision.

Here is a company that is already using

Jump to the top of The Mark