A Monday through Friday Devotional

Jabez was born in the Old Testament days.

We read about him

Below is the King James Version.

And Jabez was more honourable

than his brethren: and

Because I bare him with sorrow.

Jabez called on the God of Israel, saying,

Oh that thou wouldest bless me indeed, and


enlarge my coast, and

that thou wouldest keep me from evil,

that it may not grieve me!

And God granted him that which he requested.

Jabez was born with a name that means "sorrow."

That is not an easy name to have.

I have a friend named "Joy." Every time I call her name, I am reminded of the emotion of joy.

Think about Jabez. Every time Jabez heard his name, he heard the word "sorrow."

"Sorrow, it is time for supper."

"Sorrow, you need to come help with the chores."

Jabez didn't let his name hold him back.

Jabez believed in the power of God.

Today we can read in Hebrews 4:6 and learn that God wants us to come boldly to his throne in prayer.

unto the throne of grace,


that we may obtain mercy, and

find grace to help in time of need. 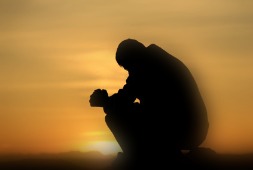 Jabez didn't have all the revelation we have through the completed Old Testament and then the New Testament.

But, even so,  Jabez knew the loving heart of God.

Jabez believed that his prayers would be welcomed by God.

1. What is holding you back from being all you can be?

2. What is it that you need to ask God to help you
with -  in order to be blessed and in order to bless others?

Remember that God is open to bold prayers.

God loves us and he is very open to
prayers asking to be blessed,

The Prayer of Jabez -  continued

God wants to bless YOU!

Have you ever heard people say that "God is no respecter of persons?"

That means that God does not give preferential treatment.

That means that God does not show partiality.

It means that God is fair.

It means that God wants to bless everyone.

As I have read the Bible, I have been making a list of times that I find that idea in scripture. Here is my partial list:

I hope you are becoming more convinced each day

that God wants to bless you.

God does deal differently with different people, but it does not have to do with partiality. It has to do with the unique differences in people.

My point in sharing this is that

don't listen to thoughts that diminish God's love for you.

Why not consider praying the prayer of Jabez

and expect God to bless you?

Bless me; Bless me!

As I was looking up the Hebrew words that make up the Prayer of Jabez, I found something interesting.

As I looked at the King James translation, I found that the words translated  "thou would bless me" are actually one Hebrew word. It is the Strong's Hebrew word # 1288. It means "Bless."

AND I also found that the word translated  "indeed" is the Hebrew word # 1288 which means "bless."

Do you get it?

We miss this in English, but in Hebrew it says "Bless me; Bless me!"

When I realized that, I pictured a little child who loves his daddy and runs to his daddy saying, "Bless me; bless me!"

God calls us his children. He wants us to humble ourselves as little children.

"I tell you the truth,

unless you turn from your sins and

you will never get into the Kingdom of Heaven."

under the mighty power of God,

and at the right time

he will lift you up in honor.

I see Jabez as a man who had been humbled through his life experiences.

(Some people get humbled through their life experiences, and some instead become more prideful and embrace anger and resentment.)

He humbled himself as a little child as he went to his Heavenly Father and prayed, "Bless me; bless me!"

What is holding you back from coming to God as a little child?

What is it that you need to say to God to clear the air between you and God?

Don't let anything come between you and your Heavenly Father.

I urge you to come closer to God this very day.

The Prayer of Jabez says:

And God granted him that which he requested.

In the Prayer of Jabez, the word translated "requested" can also be translated "desired."

So it could read, "And God granted him that which he desired."

There is nothing wrong with praying for blessing and those things that we desire.

But sometimes we find ourselves without joy,
because we do not thank God for the blessings
he has already given us.

Sometimes we are looking so hard for something new that we miss the joy beside us and right in front of us.

As we wait for new blessings, will you join me in thanking God for the blessings he has already given you?

As I read the Prayer of Jabez, my heart leaps that I too could be blessed like Jabez.

So God, I will pray the Prayer of Jabez today.

And today I will find joy in becoming as a little child with you.

Thank you for helping me to humble myself before you.

Thank you for telling me that you are not a respecter of persons.

And Lord, today I want to thank you for some things that you have already put in my life.

Today I will find joy in the things I have.

Today I will find joy in the knowledge that you love me and want to bless me.

Today I will find joy in following your will for my life.

In Jesus' name I pray,

We invite you to our

More insights from the

This phrase can be applied to a work situation such as:

"Enlarge my territory so that I can sell more things, or enlarge my career opportunities, etc."

Or it might be a prayer for literal land such as, "Enlarge my property that I may live on a beautiful lot."

"Enlarge my land that I might be able to build a building for ministry."

Or it might be a prayer to God for enlarging ministry opportunities or enlarging the amount of people I can bless financially, spiritually, emotionally, etc.

Here he is asking for the blessings of God's hand - to lead, to protect, and to strengthen and support him.

This phrase is also asking for success.

This is the idea that I want God's hand of favor working for me and with me.

some additional thoughts on

positioning ourselves for blessing:

Give me wisdom to make good choices so that I position myself solidly on your team, doing your will  -

instead of making poor choices that result in me
finding myself
working against you.

In love and dedication, I pray,

If I am doing God's work and

then I am positioning myself on God's team -

working with God instead of against him.

Those running the wrong way

sometimes give a touchdown

to the other team.

Of course God works everything together for my good.

And God does forgive me when I sincerely repent of my sins.

I can make many things in life easier for myself

or harder for myself -

depending on my choices.

I would rather learn things the easy way

than the hard way.

The following are different words from

"That it may not grieve me!"

What is the Proper Translation?

We all want to be protected from grief. That being said, I will give some thoughts about the proper translation....

I believe that Jabez was ever-aware of his name. He did not want the implications of his name to become a prophecy about his life.  So the first translation would fit into that mindset.

Yet, I have noted that some translations also choose a wording that indicates that they believe that Jabez was thinking - not just about himself - but about others.

Both ideas are godly.

I do not know Hebrew well enough to give my opinion. But I pray that God do both for me - protect me from unnecessary grieving and help me not to grieve others.

and My words abide in you,

you will ask what you desire,

and it shall be done for you."

Shepherd of my Soul,

I abide in you.

And your words abide in me.

Your words nourish me and strengthen me.

I will relax in your goodness.

Jump to the top of The Prayer of Jabez

Ways to tell your spouse
"I love you!"

Insights into
The Angel of the Lord