to bless your life.

The topic this week is

This page celebrates several of the

great miracles in the Bible.

Science has proven it would have been sea-worthy!

Be sure and watch the short videos!

This week's devotionals
are great to share with children and teens!

is one of the great miracles

The story of the Tower of Babel is

written farther down the page.

this miracle appears to be

one of the most complicated miracles in the Bible.

To accomplish this miracle, God had to - in an instant - separate all the people into family groups and give each group an entire language.

One group got to keep their language - the language of Hebrew.

Each person, in each group, had to receive full knowledge of a new language.

All new words and

were given in an instant!

Then God had to

in that same instant,

take away all knowledge of the previous language.

Each language has different words.

Every thing in each person's world had to be renamed and the new name placed inside the person's mind ready for access.

Each geographic location was renamed.

Each concept used or discussed in life was renamed.

Each language has different grammar rules.

Verbs - Think about all the verb forms in a language - say English - that don't go by the normal rules of English. Each person had to instantly know the rules and all the exceptions to the rules for verbs.

Plurals - Different languages make words plural in different ways. Each language has rules and exceptions to the rules. Each person had to instantly gain all of this knowledge.

And if that was not miraculous enough, God had to reach into each person's mind and change every memory.

When a person would think back in time,

the full memory would be transformed into the new language -

That is nothing short of PHENOMENAL.

Our God is an AWESOME God. 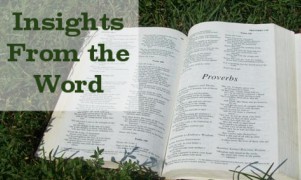 Now the whole earth had one language and one speech. 2 And it came to pass, as they journeyed from the east, that they found a plain in the land of Shinar, and they dwelt there.

3 Then they said to one another, “Come, let us make bricks and bake them thoroughly.” They had brick for stone, and they had asphalt for mortar.

4 And they said, “Come, let us build ourselves a city, and a tower whose top is in the heavens; let us make a name for ourselves, lest we be scattered abroad over the face of the whole earth.”

5 But the Lord came down to see the city and the tower which the sons of men had built.

6 And the Lord said, “Indeed the people are one and they all have one language, and this is what they begin to do; now nothing that they propose to do will be withheld from them. 7 Come, let Us go down and there confuse their language, that they may not understand one another’s speech.”

Notice the trinity of God, in verse 7,

"Come let US go down and confuse their language..."

For more information on the Trinity, see our
Understanding the Trinity page.

Yes, I believe that an ax head can float.

If God says it, I believe it!

A couple of weeks ago I was cleaning out the garage.

I found an old ax head with no handle.

As I picked it up, I was very aware of how heavy it was. My mind went to the miracle story in the Bible about the ax head that floated on water.

The story is in 2 Kings chapter 6.

And the sons of the prophets said to Elisha, “See now, the place where we dwell with you is too small for us.

2 Please, let us go to the Jordan, and let every man take a beam from there, and let us make there a place where we may dwell.”

3 Then one said, “Please consent to go with your servants.”

4 So he went with them. And when they came to the Jordan, they cut down trees.

5 But as one was cutting down a tree, the iron ax head fell into the water; and he cried out and said, “Alas, master! For it was borrowed.”

6 So the man of God said, “Where did it fall?” And he showed him the place. So he cut off a stick, and threw it in there; and he made the iron float.

7 Therefore he said, “Pick it up for yourself.” So he reached out his hand and took it.

THAT was a MIRACLE!

Our God can make an heavy ax head float.

God can suspend the natural laws that he created.

God suspended the laws of nature that he put in place during the creation of the world in order to do this miracle.

Application: The next time you need a miracle that is impossible, increase your faith my thinking of the ax head that floated.

We pray that every time we see

an ax or ax head,

we remember your power to do impossible things.

Note: when sharing the theme of Noah's ark with your children or teens, consider also previewing and possibly using some of the information on our Noah's Ark page.

I suggest you use the Noah's ark page in its entirety with your teens over a several day period.

Over the years, people have wondered,
"Could a boat loaded with animals
withstand a flood of epic proportions?"

About 20 years ago, I saw a documentary where scientists took the dimensions of the ark and created a small scale model. Then they have put the model in a water tank with the ability to create similar water conditions that would have occurred during the great flood of Noah.

As they watched, the little ark handled the huge waves in an amazing way.

They were astounded at the sea-worthiness of the ark.

They discovered that Noah's ark was

The ark had perfect dimensions

for such a catastrophic deluge.

I saw this experiment shown on a television show about 20 years ago.

This past week, I looked and found similar experiments.

at the University of Leicester

reported the experiment from the video above.

The Smithsonian Magazine is not friendly toward the Bible. They have a very skeptical attitude toward the story of Noah.

Yet, to their credit, they did a story about students who found that Noah's ark was a credible floating vessel.

The article says that the students were surprised by the results.

I encourage you to read the following article.

He found that the ark would be able to handle
waves as high as 100 feet.

His results were that the ark would be sea-worthy.

An amateur with God's instructions built the ark.

The Titanic was billed as being unsinkable.

The story of Noah's ark inspires us to

over "so called experts"

on any and every matter.

for older children and teens.

If you have younger children,

using information from the

The parting of the Red Sea

was one of God's Greatest Miracles.

that the miracles of God didn't happen.

God tells us to trust the Bible.

When I think about the miracle of the Red Sea, I often think about a story that was told by Josh McDowell many years ago when he was a guest speaker at my church.

Josh told us that he was often invited to colleges and universities to speak about his belief in God and the Bible.

He said that many times he felt like he was entering enemy territory, because of the hostility on the campuses toward Christianity.

Then he told our church about an event in his life.

I will retell it to the best of my memory:

Josh told us that recently he was leaving a college campus after a speaking engagement. A young person (I believe it was a man) stopped him. The man passionately told Josh that he needed to inform him of some recently discovered facts.

Josh inwardly grinned. Then he became very dramatic. He said something like, "WOW.....WOW....WOW!"

Then Josh exclaimed, "You mean to tell me that the entire Egyptian army drowned in 12 inches of water! WOW! That is an even bigger miracle!"

and not be easily swayed

by someone who tells us that

someone has "proved" the Bible wrong.

God has proved the Bible right -

And I have a deep trust in Him.

We have a page featuring Josh McDowell

talking about how to overcome shame:

Note that I have posted a couple of videos on my

The videos I posted were Josh McDowell

talking about how to