what God has previously done.

toward obedience as we look at Israel's past.

to not forsake God as Israel did.

They wandered away from God,

and ended up in

and some even in defiant rebellion.

saying that his message

and that those who hear

this message to their

incline your ears to the words of my mouth.

2 I will open my mouth in a parable: I will utter dark sayings of old:

3 Which we have heard and known, and our fathers have told us.

4 We will not hide them from their children, shewing to the generation to come the praises of the Lord, and his strength, and his wonderful works that he hath done. 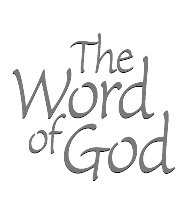 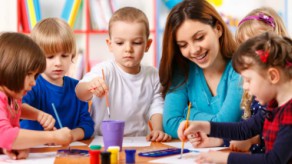 this teaching is for

every generation to come.

For He established a testimony in Jacob,
And appointed a law in Israel,
Which He commanded our fathers,
That they should make them known to their children;
6 That the generation to come might know them,
The children who would be born,
That they may arise and declare them to their children,
7 That they may set their hope in God,
And not forget the works of God,
But keep His commandments;
8 And may not be like their fathers,
A stubborn and rebellious generation,
A generation that did not set its heart aright,
And whose spirit was not faithful to God. 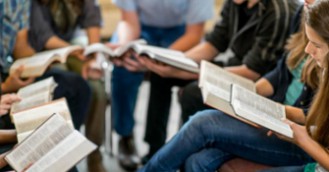 some of God's people

who left the battle that

God had for them to fight.

They turned away from God.

his miracles and his loving provision.

The children of Ephraim, being armed and carrying bows,
Turned back in the day of battle.
10 They did not keep the covenant of God;
They refused to walk in His law,
11 And forgot His works
And His wonders that He had shown them. 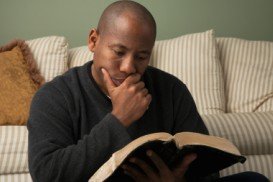 all the wondrous things

their fathers saw and experienced.

Marvelous things He did in the sight of their fathers,
In the land of Egypt, in the field of Zoan.
13 He divided the sea and caused them to pass through;
And He made the waters stand up like a heap.
14 In the daytime also He led them with the cloud,
And all the night with a light of fire.
15 He split the rocks in the wilderness,
And gave them drink in abundance like the depths.
16 He also brought streams out of the rock,
And caused waters to run down like rivers. 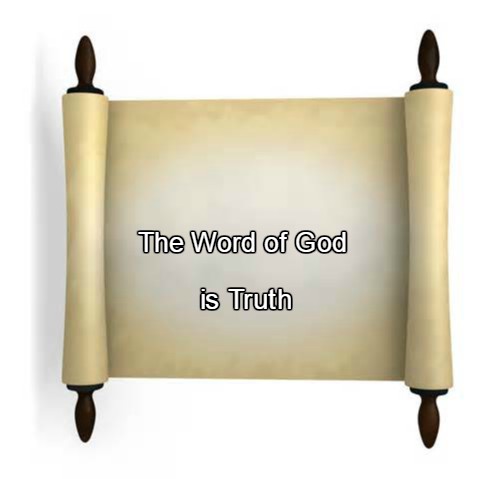 the sinful rebellion of the people.

But they sinned even more against Him
By rebelling against the Most High in the wilderness.
18 And they tested God in their heart
By asking for the food of their fancy.
19 Yes, they spoke against God:
They said, “Can God prepare a table in the wilderness?
20 Behold, He struck the rock,
So that the waters gushed out,
And the streams overflowed.
Can He give bread also?
Can He provide meat for His people?”

21 Therefore the Lord heard this and was furious;
So a fire was kindled against Jacob,
And anger also came up against Israel,
22 Because they did not believe in God,
And did not trust in His salvation.
23 Yet He had commanded the clouds above,
And opened the doors of heaven,
24 Had rained down manna on them to eat,
And given them of the bread of heaven.
25 Men ate angels’ food;

He sent them food to the full.

complaining and their lack of gratitude.

but it did not turn out as they had planned.

We need to learn that even today,

God does not want to hear our

He wants a heart of gratitude

not a heart of opposition.

He caused an east wind to blow in the heavens;
And by His power He brought in the south wind.
27 He also rained meat on them like the dust,
Feathered fowl like the sand of the seas;
28 And He let them fall in the midst of their camp,
All around their dwellings.
29 So they ate and were well filled,
For He gave them their own desire.
30 They were not deprived of their craving;
But while their food was still in their mouths,
31 The wrath of God came against them,
And slew the stoutest of them,
And struck down the choice men of Israel. 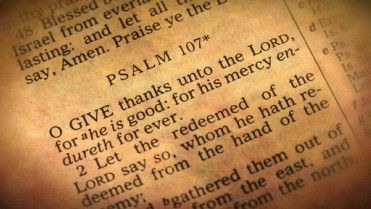 These people were totally uninterested in God

until things got unbearable.

they turned their attention to Him.

in The Living Bible translation:

But is was only with their words

their hearts were far away.

Here is a related verse...

And so the Lord says,

“These people say they are mine.
They honor me with their lips,
but their hearts are far from me.

In spite of this they still sinned,
And did not believe in His wondrous works.
33 Therefore their days He consumed in futility,
And their years in fear.

34 When He slew them, then they sought Him;
And they returned and sought earnestly for God.
35 Then they remembered that God was their rock,
And the Most High God their Redeemer.

37  For their heart was not steadfast with Him,
Nor were they faithful in His covenant.
38 But He, being full of compassion, forgave their iniquity,
And did not destroy them.
Yes, many a time He turned His anger away,
And did not stir up all His wrath;
39 For He remembered that they were but flesh,
A breath that passes away and does not come again.

how the people continually

How often they provoked Him in the wilderness,
And grieved Him in the desert!
41 Yes, again and again they tempted God,
And limited the Holy One of Israel.

Wow, think of the implications

of that in our life! 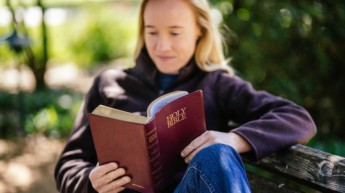 They did not remember His power:
The day when He redeemed them from the enemy,
43 When He worked His signs in Egypt,
And His wonders in the field of Zoan;
44 Turned their rivers into blood,
And their streams, that they could not drink.
45 He sent swarms of flies among them, which devoured them,
And frogs, which destroyed them.
46 He also gave their crops to the caterpillar,
And their labor to the locust.
47 He destroyed their vines with hail,
And their sycamore trees with frost.
48 He also gave up their cattle to the hail,
And their flocks to fiery lightning.
49 He cast on them the fierceness of His anger,
Wrath, indignation, and trouble,
By sending angels of destruction among them.
50 He made a path for His anger;
He did not spare their soul from death,
But gave their life over to the plague,
51 And destroyed all the firstborn in Egypt,
The first of their strength in the tents of Ham. 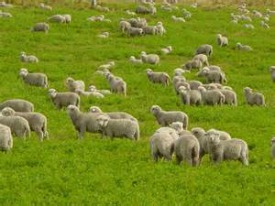 Moses and the children of Israel.

But He made His own people go forth like sheep,
And guided them in the wilderness like a flock;
53 And He led them on safely, so that they did not fear;
But the sea overwhelmed their enemies.
54 And He brought them to His holy border,
This mountain which His right hand had acquired.

God taking from the other nations

Here is a related verse that can relate to

And so the Lord says,

“The wealth of the wicked is reserved

55 He [God] also drove out the nations before them,

Allotted them an inheritance by survey,

And made the tribes of Israel dwell in their tents. 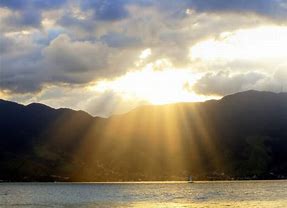 how they provoked God.

God took his spirit away from

allowed the ark of the covenant

to be captured by their enemies.

Yet they tested and provoked the Most High God,
And did not keep His testimonies,

57 But turned back and acted unfaithfully like their fathers;
They were turned aside like a deceitful bow.
58 For they provoked Him to anger with their high places,
And moved Him to jealousy with their carved images.
59 When God heard this, He was furious,
And greatly abhorred Israel,
60 So that He forsook the tabernacle of Shiloh,
The tent He had placed among men,
61 And delivered His strength into captivity,
And His glory into the enemy’s hand.
62 He also gave His people over to the sword,
And was furious with His inheritance.
63 The fire consumed their young men,
And their maidens were not given in marriage.
64 Their priests fell by the sword,
And their widows made no lamentation.

Here are those verses

But they tested God
and turned against God Most High;
they did not keep his rules.
57 They turned away and were disloyal just like their ancestors.
They were like a crooked bow that does not shoot straight.

58 They made God angry by building places to worship gods;
they made him jealous with their idols.
59 When God heard them, he became very angry
and rejected the people of Israel completely.

62 He let his people be killed;
he was very angry with his children.
63 The young men died by fire,
and the young women had no one to marry.
64 Their priests fell by the sword,
but their widows were not allowed to cry. 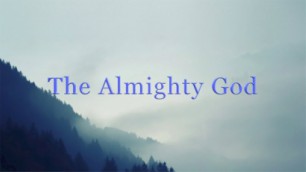 while blessing the tribe of Judah.

as the place for his temple.

(Zion can mean Jerusalem or heaven.)

Then the Lord awoke as from sleep,
Like a mighty man who shouts because of wine.
66 And He beat back His enemies;
He put them to a perpetual reproach.

67 Moreover He rejected the tent of Joseph,
And did not choose the tribe of Ephraim,
68 But chose the tribe of Judah,
Mount Zion which He loved.
69 And He built His sanctuary like the heights,
Like the earth which He has established forever.

"Then the Lord awoke as from sleep"

that was just a poetic way of saying

that God had not been showing his anger for a time. 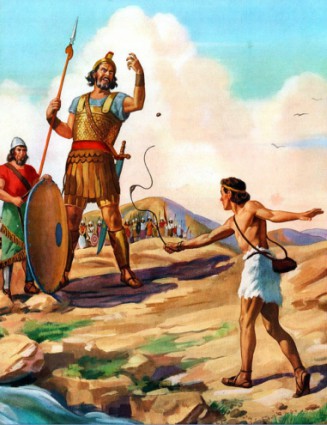 He also chose David His servant,
And took him from the sheepfolds;
71 From following the ewes that had young He brought him,
To shepherd Jacob His people,
And Israel His inheritance.
72 So he shepherded them according to the integrity of his heart,
And guided them by the skillfulness of his hands.

Help us put our confidence and trust
in God.

Help us to never forget God's mighty works in the world.

Inspire us to keep God's commandments.

Remind us of how our forefathers
foolishly rebelled
against God,
and it will strongly encourage us
not to do the same thing.

Jump to the top of Psalm 78