from the book of Jonah.

The Book of Jonah

is one of the most well-known Bible stories.

using this skit for a

or as a skit for a church service.

and sending it to

grandparents and aunts and uncles.

This is a Gospel blessing

I initially created this for a

You can expand or contract the number of characters

depending on how many people you have.

One person could read the three narrator parts if you

For a family group:

or neighbors to join you!

this skit can accommodate a lot of people

because you need a crowd for the boat crew.

Print out a copy of the skit for each person.

do some storm sound effects.

But remember to write those effects into the script

so that the sound effects person

does not overshadow the speaking parts. 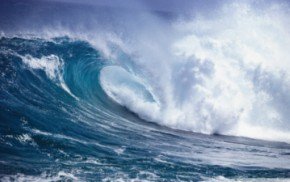 The Living Bible version in general

The Lord said to Jonah, the son of Amittai:

“Go to the great city of Nineveh, and give them

this announcement from the Lord:

‘I am going to destroy you -


it smells to highest heaven.’”

3  Jonah did not obey God. Instead of obeying, he went down to the seacoast, to the port of Joppa, where he found a ship leaving for Tarshish. He bought a ticket, went on board, and climbed down into the dark hold of the ship to hide there from the Lord.

4  But as the ship was sailing along, suddenly the Lord flung a terrific wind over the sea, causing a great storm that threatened to send them to the bottom.

5  Fearing for their lives, the desperate sailors shouted to their gods for help and threw the cargo overboard to lighten the ship.

And all this time Jonah was sound asleep down in the hold.

6  The captain went down in the hold to talk to Jonah.

The captain approaches Jonah, wakes him and says...

“What do you mean - sleeping at a time like this? Get up and cry to your god, and see if he will have mercy on us and save us!”

Jonah gets up and walks up the stairs and goes to the place where the sailors are.

7  The crew decided to draw straws to see which of them had offended the gods and caused this terrible storm; and Jonah drew the short straw.

8  “What have you done to bring this awful storm upon us? Who are you? What is your work? What country are you from? What is your nationality?”

“I am a Jew; I worship Jehovah, the God of heaven, who made the earth and sea.”

Then Jonah told them he was running away from the Lord.

The men were terribly frightened when they heard this.

The sailors didn't wait for him to answer because the storm suddenly grew stronger.

“What should we do to you to stop the storm?”

12  “Throw me out into the sea, and it will become calm again. For I know this terrible storm has come because of me.”

13  They tried harder to row the boat ashore, but couldn’t make it. The storm was too fierce to fight against.

14  Then they shouted out a prayer to Jehovah, Jonah’s God.

Sailors (Shouting while pleading to God)

“O Jehovah, don’t make us die for this man’s sin, and don’t hold us responsible for his death, for it is not our fault—you have sent this storm upon him for your own good reasons.”

15  Then they picked up Jonah and threw him overboard into the raging sea—and the storm stopped!

16  The men stood there in awe before Jehovah, and they sacrificed to Jehovah - the God of Jonah and vowed to serve him.

17  Now the Lord had arranged for a great fish to swallow Jonah. And Jonah was inside the fish three days and three nights.

Then Jonah prayed to the Lord his God from inside the fish:

2  “In my great trouble I cried to the Lord and he answered me; from the depths of death I called, and Lord, you heard me!

3  You threw me into the ocean depths; I sank down into the floods of waters and was covered by your wild and stormy waves.

4  Then I said, ‘O Lord, you have rejected me and cast me away. How shall I ever again see your holy Temple?’

5  I sank beneath the waves, and death was very near. The waters closed above me; the seaweed wrapped itself around my head.

6  I went down to the bottoms of the mountains that rise from the ocean floor. I was locked out of life and imprisoned in the land of death. But, O Lord my God, you have snatched me from the jaws of death!

7  When I had lost all hope, I turned my thoughts once more to the Lord. And my earnest prayer went to you in your Holy Temple.

8  (Those who worship false gods have turned their backs on all the mercies waiting for them from the Lord!)

9  I will never worship anyone but you! For how can I thank you enough for all you have done? I will surely fulfill my promises. For my deliverance comes from the Lord alone.”

10  And the Lord ordered the fish to spit up Jonah on the beach, and it did.

Then the Lord spoke to Jonah again:

“Go to that great city, Nineveh

and warn them of their doom,

as I told you to before!”

3  So Jonah obeyed and went to Nineveh. Now Nineveh was a very large city with many villages around it—so large that it would take three days to walk through it.

4-5  But the very first day when Jonah entered the city and began to preach, the people repented. Jonah shouted to the crowds that gathered around him,

“Forty days from now Nineveh will be destroyed!”

And the people of Nineveh believed him and declared a fast; from the king on down, everyone put on sackcloth—the rough, coarse garments worn at times of mourning.

6  For when the king of Nineveh heard what Jonah was saying, he stepped down from his throne, laid aside his royal robes, put on sackcloth, and sat in ashes.

7  And the king and his nobles sent this message throughout the city:

“Let no one, not even the animals, eat anything at all, nor even drink any water.

8  Everyone must wear sackcloth and cry mightily to God, and let everyone turn from his evil ways, from his violence and robbing.

9  Who can tell? Perhaps even yet God will decide to let us live and will hold back his fierce anger from destroying us.”

10  And when God saw that they had put a stop to their evil ways, he abandoned his plan to destroy them and didn’t carry it through.

This change of plans made Jonah very angry.

2  Jonah complained to the Lord about it:

"This is exactly what I thought you would do, Lord, when I was there in my own country and you first told me to come here.

That’s why I ran away to Tarshish.

For I knew you were a gracious God, merciful, slow to get angry, and full of kindness; I knew how easily you could cancel your plans for destroying these people."

3 “Please kill me, Lord; I’d rather be dead than alive when nothing that I told them happens.”

4 Then the Lord said,

“Is it right to be angry about this?”

5  So Jonah went out and sat sulking on the east side of the city, and he made a leafy shelter to shade him as he waited there to see if anything would happen to the city.

6  And when the leaves of the shelter withered in the heat, the Lord arranged for a vine to grow up quickly and spread its broad leaves over Jonah’s head to shade him.

This made Jonah comfortable and very grateful.

7  But God also prepared a worm! The next morning the worm ate through the stem of the plant, so that it withered away and died.

8  Then when the sun was hot, God ordered a scorching east wind to blow on Jonah, and the sun beat down upon his head until he grew faint and wished to die. And then Jonah said,

“Death is better than this!”

“Is it right for you to be angry

because the plant died?”

“You feel sorry for yourself

when your shelter is destroyed,

though you did no work

to put it there,

in utter spiritual darkness and all its cattle?”

I am here to share these final words about the book of Jonah.

The book of Jonah is a story about not obeying God.

The people of Nineveh were not obeying God, so they were about to get punished.

And Jonah did not obey God.

Yet this story shows us that God is merciful and he forgives us when we pray and ask him to forgive us.

If we confess our sins,

he is faithful and just to forgive us our sins

and to cleanse us

For God so greatly loved and dearly prized

that He [even] gave up

His only begotten (unique) Son,

believes in (trusts in, clings to, relies on) Him

(come to destruction, be lost)

but have eternal (everlasting) life.

And the King James Version

is also a wonderful one to read.

This is similar to having
one person hold small sticks in his fist
while each person picks one -
and the one with the shortest stick loses.

We are not told what kind of fish it was -

Wearing un-comfortable cloth and being in ashes

shows that the person

And in some cases,

it is an outward action

In the book of Jonah,

it is clear that

all the people of Nineveh repented.

Make sure your group understands the concept of
fasting food and drink
in order to give God honor
and in this situation it also shows sadness for sins and a desire to become obedient to God.

Obviously Jonah did not like the people of Nineveh,

but God loves all people.

For More skits go to our Bible Devotion page

and scroll down to

(Hold the control button down, press F and a box will pop up - write skit

Jump to the top of the page of Jonah