The show title was Learning to Forgive.

You can have unforgiveness

toward one person and

it will not affect your other relationships in any way.

An example of Myth Number Three

Week after week, I got to see firsthand how these graduates of the divorce class took every concept we studied and filtered it through their anger at their ex-spouse. Their anger and resentment not only colored their views about their ex-spouse, but it also affected the way they expressed themselves on a variety of topics. No matter what we were talking about, their anger and resentment showed through their comments and their body language.

Since these people were fresh from Divorce Care, this example is somewhat obvious. Nevertheless from living many years on this earth, I have seen over and over examples of how a person's unforgiveness seeps out.

You have probably seen this happen in your own life:

I have been talking to someone and all of a sudden we hit a topic about someone in their life, Then I see their body stiffen. Next their complete body language, words, and tone of voice change. They then begin to show forth their anger. I see that they carry some past offense with them wherever they go. I listen to see if they are going to share any positives about the person or speak about how they pray about their anger. That rarely happens.

If we have anger and resentment, it spills out.

(not discussed on the radio show)

You only have to forgive

when the other person asks your forgiveness.

Jesus modeled forgiving even when the person did not ask.

The following story is found in Matthew, Mark, and Luke.

"And, behold, they brought to him a man sick of the palsy,

lying on a bed: and Jesus seeing their faith said unto the

sick of the palsy:

Son Be of good cheer; thy sins be forgiven thee."

The man did not ask for his sins to be forgiven.

No one was asking for his forgiveness.

If we do not forgive,

we keep the anger and resentment.

Holding anger and resentment is a sin.

If you do not forgive,

you do not allow love to fully flow through you.

"Let all bitterness and wrath, and anger, and clamour,
and evil speaking,
be put away from you, with all malice.
And be ye kind one to another,
tenderhearted,
forgiving one another,
even as God for Christ's sake hath forgiven you.

Tenderhearted and forgiving go together.

Now read 1 Corinthians 13:4-5 in a couple of translations.

I do not see how someone can read the following verses and still defend unforgiveness.

The emotions of unforgiveness are opposite

to the way God commands us to be.

"Love is patient, love is kind and is not jealous; love does not brag and is not arrogant, does not act unbecomingly; it does not seek its own, is not provoked, does not take into account a wrong suffered, does not rejoice in unrighteousness, but rejoices with the truth."

"Love endures long and is patient and kind; love never is envious nor boils over with jealousy, is not boastful or vainglorious, does not display itself haughtily.

It is not conceited (arrogant and inflated with pride);
it is not rude (unmannerly)
and does not act unbecomingly.
Love (God’s love in us)
does not insist on its own rights or its own way,
for it is not self-seeking;
it is not touchy or fretful or resentful;
it takes no account of the evil done to it
[it pays no attention to a suffered wrong]."

Back to the top of Show Notes

Prayers for temptations and addictions

Psalm 90
A Psalm of Moses 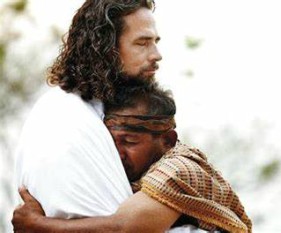 Prayer for feeling Close
to God

And Music to Feel Close to God

For kids: God is Wild about you 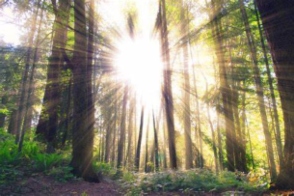